There’s a quote floating around on the internet, that I can’t find a source for, and it makes me very happy.

“You’re a ghost driving a meat-coated skeleton made from stardust, riding a rock, hurtling through space.

I’m not sure about the fear nothing part; there’s plenty in that idea to fear. But it is a pretty accurate description of the human condition. And I take a weird comfort in this idea. It’s the same solace I take in describing ALS’ ultimate result as ‘fully aware, trapped in a meat shell’. The body and mind are completely separate things, and it’s just my stupid body that’s failing.

So the original post, by user MIckeyrowan was this:

having a flesh vessel is so annoying?????? like they have to be constantly watered, they have to be in specific temperature range to be comfortable, i’ve had a headache for like seven hours and nothing i do will get rid of it,
physical forms are so inconvenient??????????????

And the internet responded:

derinthemadscientist:
I knocked mine over yesterday and scraped off some of the outer barrier and it keeps sending me really annoying warning messages about it

asksecularwitch:
I still can’t figure off how to turn off the monthly compile time. It goes for like 7 days wrecks all the system and takes so much CPU time.

tharook:
I got the wrong model, too, and there’s no returns or exchange policy. I’m trying to make do as best I can with aftermarket modifications, but even that’s a real bind. And then I have to deal with all the purists who try to tell me I should be happy with the model I was given.

There’s many more, I’ll post them after this. So now, I have geeky new language to describe ALS: “My CPU has decayed signal integrity from the core processor to motor servos; this is a known issue and there’s currently no patch.”

So, that brought me a little bit of joy. And now I present you with some other awesome ones:

theriversdaughter:
Mine has a short in the warning and alert sensors, and keeps tripping the alarm system for absolutely no reason. It’s been taken to the mechanic many times, but the best they can do is recommend daily chemical baths for the wiring to keep it from arc-faulting constantly.

fabulousworkinprogress:
My uterus keeps trying to install this shitty bloatware that comes with certain dll processes and I keep refusing the update, then it goes through the whole defrag process deleting all those files.

living400lbs:
My histamine system is faulty and triggers for no reason. I keep turning it down but I have to keep reapplying the patches daily.

and probably my favorite:

noirandchocolate:
My unit will often refuse to turn off when I’m finished using it at night. I’ll perform all the shutdown routines listed in the manual and put it in its recharge station, but it won’t power down completely and just turn off! And it’s so annoying because the darn thing supposedly “requires” at least six or seven hours off to recharge every 24-hour cycle, so I’m left with a barely-functioning meat husk during the day when I need to use it to perform my work tasks and interface with humans. Such a buggy model, this one.

and the followup gospel truth:

mega-mine-cake-kink:
Don’t even get me started!! So a whole sub routine for morning will be buggy as hell for goddamn hours if the file known as caffeine is not loaded. however you need to constant reload the file or the system slows down again. And of course if you load it to often it floods the system and you have to go through the goddamn purge process. On the subject of loading though. Beware of those files with extensions .curry and .street-kebab accidentally load those and you will be running a purge routine every goddamn 10mins.

The engagement ring for the girl of your dreams? (She said yes!) 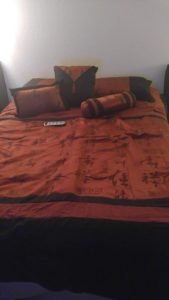 Not the bedding, obvs, I paid for that. THE BED. THIS IS MY NEW BED GUYS. You press buttons and it quietly goes “click” “vrrrr” and then it MOVES. I don’t have to make a nest out of pillows and blankets to sit up! It just DOES THIS THING. And then you lie in it and then it’s like the comfiest quicksand where you just kinda siiiiiiiiiiiink in and ahhhhhhhh.

And I can GET UP OUT OF THE THING.

FURTHERMORE, and most importantly, it is IANTO-APPROVED ™.

I suppose you want the deets (that is Street Talk for ‘details’ because I am hip and cool with the electric youths), wellllllll it is a Tempur-pedic Premier base (the part that goes clickvrr) and a Serta Prodigy Everfeel Plush Firm mattress (the part that goes siiiiiiiiink-ahhhhhhh). You guys saved a bundle on it from my Mad Hookups with Jen at Sleep Train (the kids still say Mad Hookups right? Or does that refer to the sexxings now? I get confused, slang changes so fast) and it is SURELY THE BEST THING YOU EVER BOUGHT.

It’s a little too high to sit on and get dressed, which was easily remedied by putting my old desk chair next to the bed which ALSO serves for allowing my geriatric cat to get up. Parked next to my milkcrate night stand, yeah it looks a little ghetto but I SWEAR I am getting some real furniture for there now that I know how tall the bed is. I spent all day in it yesterday, literally, except for going out to dinner with J while some kid outside the restaurant got arrested for public intoxication while his winner friends continued to drink and pretend not to know him. But other than that I was in that marvelous bed, working from home, cuddling with cats. The botox injections for the headaches are REALLY not working out, so I’ve had nasty headaches which are not allowing me to fully appreciate the massagey functions yet, but FULL REPORTS ON THAT WHEN THAT IS REMEDIED.

Thanks for the peaceful space to sleep, my ninjas. You’re awesome. Even more awesome than the bed IF THAT IS EVEN POSSIBLE.